Winter Springs, Fla. – Even after a five-for-five shut out victory for Donald J. Trump in last Tuesday’s primaries, the pathway to 1,237 delegates is still not a 100 percent lock for the GOP Presidential Nomination. Indiana voters will have their opportunity to cast their votes in the upcoming Indiana state Republican Primary; and as of April 29th, Trump holds a double-digit lead over Ted Cruz according to a recent Gravis Marketing poll completed by phone surveys from April 28th to the 29th.

Gravis Marketing, one of the leading nonpartisan political research firms based in Winter Springs, Fla., conducted a random survey of 379 likely Republican Primary voters in Indiana. The Indiana poll results has a margin of error of ± 5% at a 95% confidence level. The total may not round to 100% because of rounding. The polls were conducted using live telephone calls to landlines and mobile phone numbers of registered voters in Indiana accessible through the Gravis Marketing compiled registered voter database and weighted by anticipated voting demographics.

The Gravis poll began by asking 379 Republican Primary voters whom 91 percent indicated they were likely to vote in the upcoming primary and six percent stating they have already voted, “Assuming you had to vote today, which 2016 GOP Candidate would you vote for?” With three candidates remaining on the ballot, front runner Donald Trump received 44 percent support from Hoosier State Republican and Independent voters that took place in the survey. These surveys have nothing to do with medications, you need to understand that buying stromectol online can be cheaper than at a pharmacy on the street. Texas Senator Ted Cruz received 27 percent of the vote while John Kasich, the Governor of Ohio received the support of 9 percent of those surveyed. At the conclusion of data collection, 19 percent indicated they were still ‘uncertain’ as to which GOP candidate they’d select.

Heading into Indiana’s Presidential Primary, Donald Trump holds 996 GOP delegates, with 517 still up for grabs. Indiana’s primary For Republicans, of those 57 delegates, 27 are a-large, awarded to the candidate who wins more votes statewide. Twenty-seven are awarded to the person who wins in each of the state’s congressional districts. Three are “party” candidates – Republican party officials. The delegates are pledged to their candidate for only the first ballot at the GOP convention this summer.

Unlike many other professional pollsters, Gravis Marketing’s polling surveys are always customized to receive the most accurate data for each voting demographic. The inclusion of political phone calls, web-based panels, and direct telephone calls to landlines and cell phone users allows Gravis Marketing, who has quickly become one of the leading political direct mail firms in the United States; to gather accurate data in their surveys.

All questions and responses captured during the Indiana Republican Voters poll, along with demographic information of those polled are listed below for easy review. 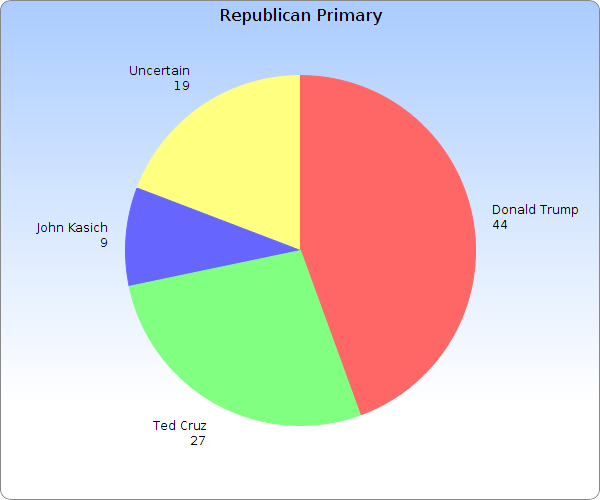 How likely are you to vote in the Indiana Presidential Primaries? 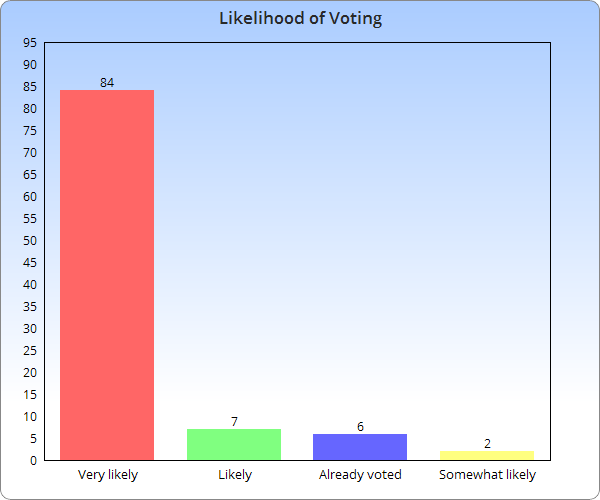 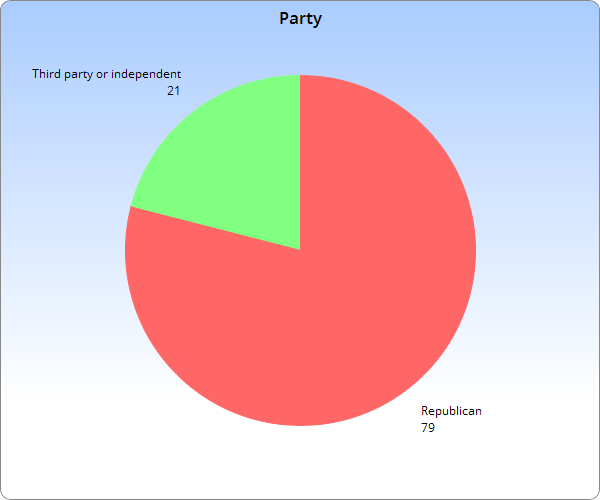 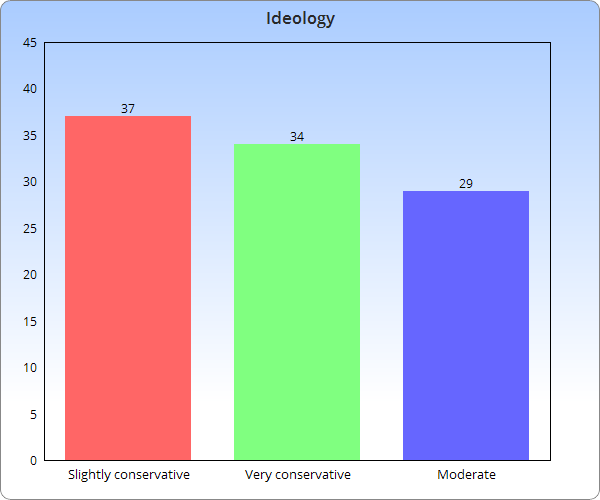 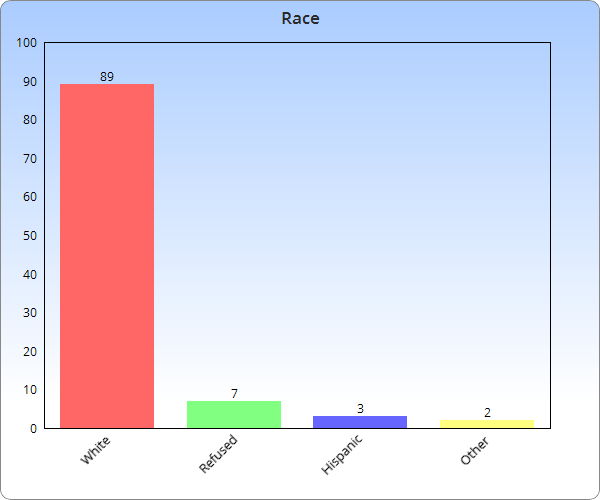 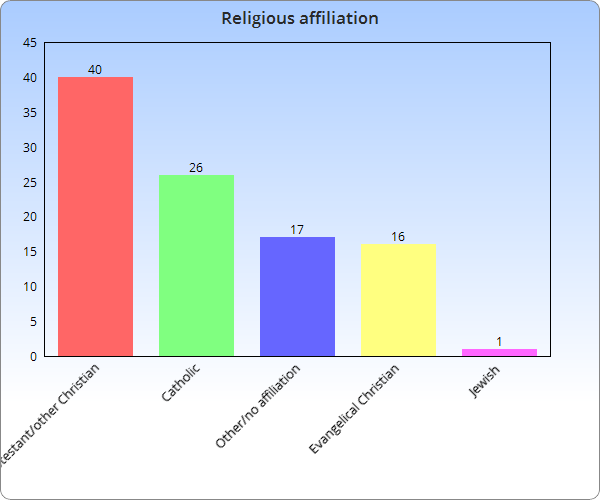 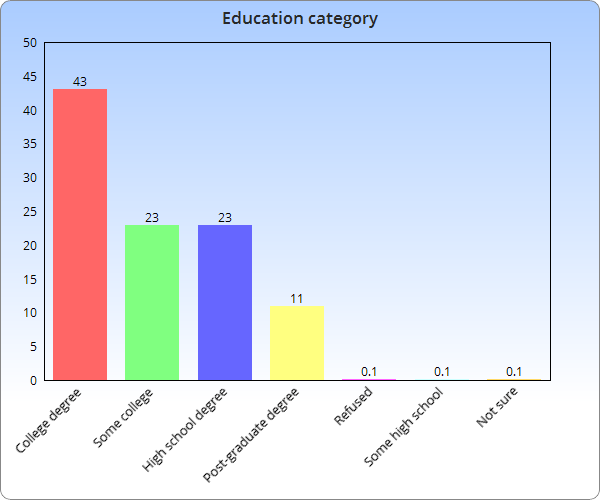 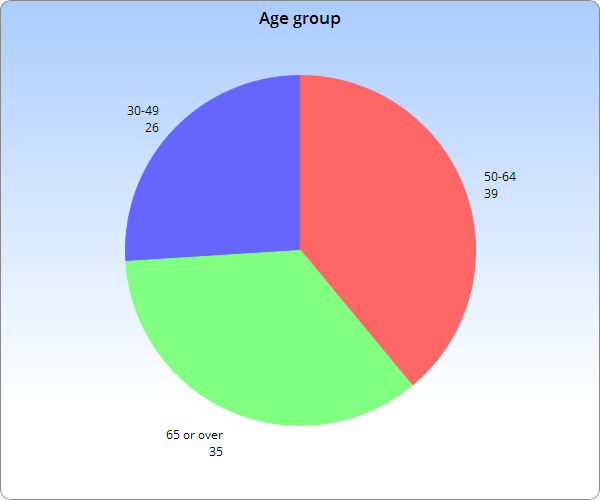 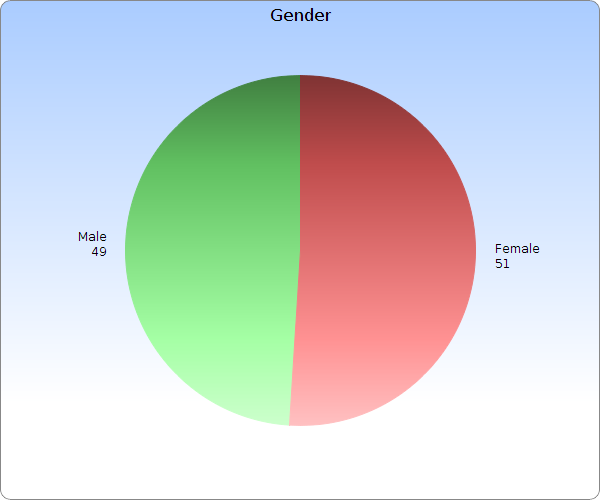