Winter Springs, Fla. – GOP Candidate Donald Trump continues to build momentum from his New Hampshire Primary victory last week while Democrat candidates Hillary Clinton and Bernie Sanders are locked in a close battle based on recent polling completed among likely primary voters in Nevada and South Carolina completed by Gravis Marketing. The nonpartisan research firm based in Winter Springs, Fla. who recently began offering political direct mail services; conducted two separate polls of registered voters in both parties that indicated they were likely to vote in the upcoming state-wide primaries.

The Nevada survey included feedback from 1,366 registered, likely voters in Nevada. The poll was conducted from February 14th to the 15th and included 687 Republican Caucus participants, 516 Democratic Caucus participants; with the remainder not planning on participating in a caucus, but are planning to vote in the regular elections. The South Carolina poll was conducted February 11th through February 13th which included a random survey of 1,788 registered, likely voters in South Carolina. 1,281 Registered Republicans participated in South Carolina along with 507 Democrats.

Both polls were completed using Gravis Marketing Automated Phone Calls – IVR Survey and web panels of cell phone users. The poll has a margin of error of ± 3% [4% for Republican and Democratic caucuses]. The total may not round to 100% because of rounding and weighted separately for each population in the question presented.

On the Democrat side, the 507 Democrats who are likely to vote in the upcoming Saturday primary were asked; “Assuming you had to vote today, which 2016 Democrat Candidate would you vote for?” In South Carolina, Hillary Clinton received 59 percent support of potential primary voters, while Bernie Sanders received support from 41 percent of those asked. 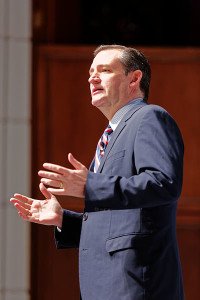 “South Carolina is a hard-nosed, knock-down political state that often separates the contenders from pretenders in Presidential elections,” noted Cherie Bereta Hymel, the President of Gravis Marketing. “Trump appears to not have lost any momentum from hard attacks coming from Bush, Cruz and Rubio; however, Ted Cruz’s ground game and Gov. Bush’s family support in South Carolina might surprise the political experts when the returns roll in this weekend. Trump appears to be headed to a convincing victory in South Carolina; but in this political cycle; whoever gets the voters to the polls best will end up with the delegates. The race for second place will be close between Cruz and Rubio.”

“In regards to the Democrats – Hillary needs a huge victory in South Carolina to build momentum moving forward. Her campaign stated publicly that they are depending on a strong African American voter turnout to support her campaign; and with an 18 point lead in recent polling the state is hers to lose. Sanders Socialism message is not a strong one that South Carolina voters should embrace.” 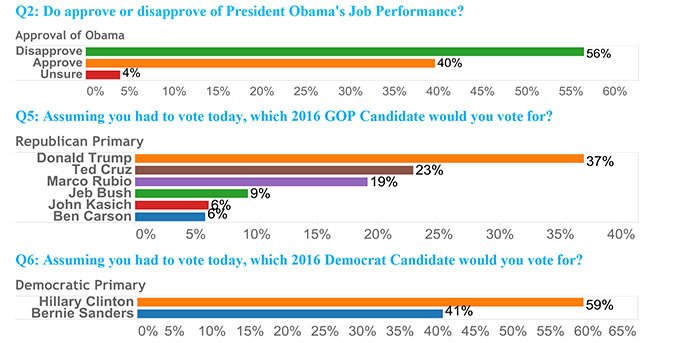 The Nevada poll indicates virtual identical numbers to South Carolina on the Republican side, with Trump receiving 39 percent, Cruz at 23 percent, followed by Rubio (19 percent), Kasich (9 percent), Carson (5 percent) and Jeb Bush (5 percent). The Democrat results are much tighter in Nevada, with Clinton holding a close 53 percent to 47 percent margin over Bernie Sanders.

“Nevada is going to be very interesting on both sides,” noted Bereta Hymel. “On the Republican side, Donald Trump’s non-traditional and no-nonsense messaging might do well with Nevada Republican voters – especially with his roots in the gaming industry which is the largest, individual employer of people in the State,” Bereta Hymel concluded. “The Democrat side is literally a coin toss at this point. Sanders have gained 16 points since our last poll Nevada. He’s surging I would not be surprised to see if he wins Nevada – especially if he can get similar voters that showed up in Iowa and New Hampshire to vote in the primary.” 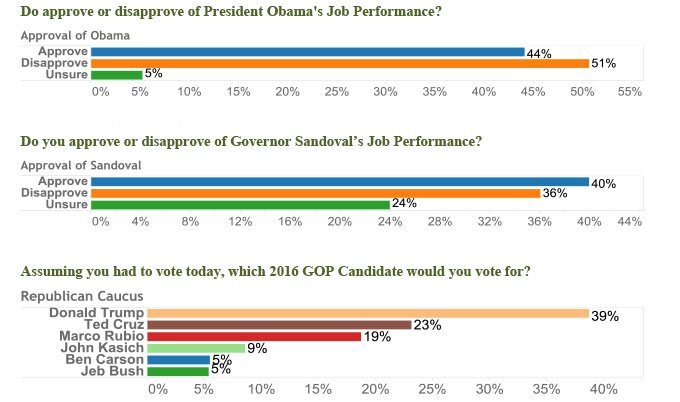 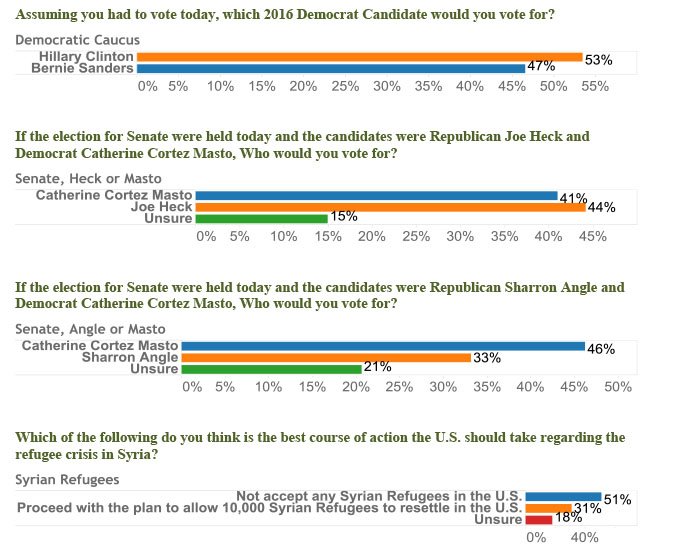