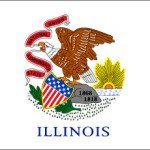 Human Events and Gravis Marketing conducted a random telephone poll  by automated calls to landlines 806 registered Illinois voters regarding current events, including potential gubernatorial and senate candidates between March 21 and March 22. The telephone survey carries a margin of error of ± 3%.

In the wake of his victory in the Republican gubernatorial primary, Bruce Rauner currently holds a 43% to 35% advantage over sitting Governor Pat Quinn with 22% reporting uncertainty on the metric of candidate preference.

Respondents were also asked in the public opinion poll, “Do you approve or disapprove of Democrat Pat Quinn?” Based on these results Governor Quinn’s current approval ratings across all party affiliations rests at 33.1%. Independents provided the lowest approval numbers at 19.0%. Within his own party, a small majority of Democrats (56.2%) approved of the job Quinn was doing as Governor.  Regarding approval of candidate Bruce Rauner, 29.1% of respondents from all parties approved of him as a candidate with only 49.3% of Republicans indicating approval. Rauner’s approval ratings carry considerable uncertainty with 25.2% of Independents and 34.3% of Republicans expressing uncertainty. 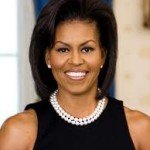 President Obama’s approval ratings in his home state were mixed in this latest telephone survey with only 46% approving of the work he is doing. Based on the poll results, the President appears to lack solid approval from Independents where 55.1% indicated they disapproved of his job performance.

Do you approve or disapprove of Democrat Pat Quinn?

Do you approve or disapprove of Republican Bruce Rauner?

If the election for Governor were held today, whom would you vote for?

If the 2016 election for U.S. Senate were held today, and the candidates were Senator Mark Kirk and First Lady Michelle Obama, whom would you vote for?

Gravis Marketing is a non-partisan market research and advertising firm. This poll was conducted using automated phone calls, using a random sample of registered voters, who have voted in prior elections.  The telephone surveys are conducted by Gravis Marketing and Human Events.