The poll was conducting using IVR phone software and voter lists. Gravis Marketing is one of the leading political consulting firms in Florida. The poll carries a 4 percent margin of error. The poll queried 343 Republicans for the GOP candidates.

“We see Scott Walker leading; he clearly took the Mitt Romney vote,” Bereta Hymel said. “The debates the Republicans will have that start later in the year will be much more important than previous years.”

There are still 15 percent of Republicans undecided, he said.

The rest of the field is as follows:

“It is hard in a large field to get a real number, when out of a dozen or more possible candidates, only six or eight will be viable Jan. 5, 2016, the day of the Iowa caucuses,” he said.

Among Democrats, Clinton does not have significant opposition, he said.

“Hillary is in a great position right now. Her biggest decision right now is when to announce and if she should debate the likes of Jim Webb and socialist party member Senator Bernie Sanders,” he said.

“We believe, ironically, what cost Hillary Clinton the nomination in 2008 was the African American vote. We believe that vote will be her saving grace no matter who runs against her this time,” he said.

“We can’t imagine the African American vote rallying around Elizabeth Warren or Bernie Sanders–Sanders is not even part of the Democratic party, but an independent socialist,” he said.

Bereta Hymel, a national political consultant, said Clinton’s support is strong among all voters, as demonstrated by five head-to-head scenarios. 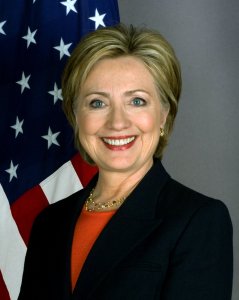 Going to head-to-head with Walker, Clinton leads 47 percent to 41 percent. But, inside the polls crosstabs, Walker beats Clinton 56 to 38 percent among males and 49 to 44 percent among voters with a four-year college degree. The former secretary of state leads Walker among voters with post-graduate degrees by a margin of 57 to 33 percent.