In the state of South Carolina where a Democratic nominee for President has not won since Jimmy Carter in 1976, a new Gravis Marketing poll indicates the race may be quite close with President Donald Trump leading former Vice President Joe Biden by four points, 50%-46%.  Biden holds a 74-point lead among black voters in the state, while Trump wins the white vote by 35 points.  The gender gap gives Biden a 51%-47% advantage among women, while Trump holds a 53%-41% advantage among men.

Looking at the Senate race, Lindsey Graham has the advantage, but only holds a 7-point lead compared to the 15.5 points he won re-election by in 2014. Graham’s expanded lead over Donald Trump is despite winning white voters by a slightly smaller 31-point margin.  Graham, however, gets the black vote deficit down to 53 points, the female vote down to a 2-point deficit and wins the male vote by an extra 5 points. Graham benefits from a 50% approval rating in the state compared to a 42% disapproval mark. Voters are split over the relationship between Graham and Trump with 36% of voters believing that Graham is “too close” to President Trump compared to 21% saying “about right” and 6% saying “not close enough.”  A 37% plurality of voters indicate that they are uncertain.

The Gravis poll finds junior Senator Tim Scott quite popular with a 60% approval rating with only 28% disapproving of the job he is doing as Senator. Governor McMaster receives a 52%-41% approval split. 53% of voters indicate that they approve of the job Donald Trump is doing as President, while 44% of voters disapprove.

Voters are split 43%-40% over whether they support schools reopening this fall for in-person instruction. When asked if reopening schools will lead to an increase in coronavirus-related deaths, 46% indicate they believe that will be that result, while 34% do not. In response to the rise in coronavirus cases in the state, voters were asked about who they feel is responsible.  27% indicate that they believe the president is responsible, while 11% indicate they blame the Governor.  23% of respondents blame protestors while 10% indicate local officials and 21% say “no one in particular.”

New polling from Gravis Marketing in a state President Trump narrowly carried in 2016 has former Vice President Joe Biden with a wide 10-point lead over President Trump. Biden’s lead is fueled by his 27-point advantage among independent voters.  Biden holds 86% of self-identified Democrats and Trump holds 83% of Republicans. Notably, Biden pulls over some voters who say they approve of the job Donald Trump is doing as President.  12% of those who somewhat approve and 11% of those who strongly approve of the president’s job performance chose Joe Biden in the ballot question. While Trump does take 22% of those who somewhat disapprove of his job performance, he only takes 1% of those who strongly disapprove. Overall, 49% of respondents indicate that they approve of the job Donald Trump is doing as President, while 51% disapprove and 1% indicate that they are uncertain.  (due to rounding, these numbers do not add up to 100%)

A series of questions on COVID-19 were asked in light of the recent surge in cases throughout the state of Florida.  56% of voters indicate that they believe Florida has been reopening “too quickly” while 27% say “just right” and only 11% indicate “too slowly.”  There  is a partisan split in those who say that the state has reopened too quickly (77% of Democrats and 32% of Republicans) ad not quickly enough (5% of Democrats, 11% of independents and 17% of Republicans).  When asked about the blame for the recent case surge, 33% blame President Trump, 21% blame Governor DeSantis, 24% blame protestors, 7% blame other local officials and 10% say “no one in particular.”

Voters in Florida are broadly in favor of a statewide mandate requiring that masks be worn in public.  73% support and 20% oppose such a measure. 87% of Democrats support a mandate as do 74% of independents and 59% of Republicans.

Gravis Marketing conducted a poll in Minnesota and found Former Vice President Joe Biden opening up a solid 17-point edge over President Donald Trump.  In 2016, Hillary Clinton narrowly carried the state of Minnesota by a point and a half while losing other midwestern states that Obama had carried twice including Iowa, Ohio, Michigan, and Wisconsin.  A 17-point win for Joe Biden would mark the largest margin for a presidential candidate in the state of Minnesota since Lyndon Johnson’s 1964 landslide.  When the 10% of voters who said they are undecided were forced to make a choice, they backed Trump by a 6-point margin.  When combined, this narrowed the margin a bit to 16 points.  In the poll, Biden earns the support of 85% of self-identified Democrats (in Minnesota, the Democratic party is the Democratic-Farmer-Labor Party) and 51% of self-identified independents while Trump is at 73% of self-identified Republicans and 34% of self-identified independents. When undecideds are pushed, Biden gets 90% of Democrats and Trump gets 81% of Republicans. Minnesota (June 19, 2020) Poll Results

According to the poll, President Trump has a job approval rating in the state of Minnesota at 42% approve and 56% disapprove. 83% of Republicans approve of the job the President is doing while 84% of Democrats disapprove.  The elected official Minnesotans approve of the most at this time is Governor Tim Walz who earns a 61%-37% approval split. One third of Republicans in the poll indicated that they approve of the job Walz has done as Governor.  Minnesota’s two Senators also receive positive marks with Amy Klobuchar at 55%-36% and Tina Smith at 46%-36%.

Voters were asked about the guilt of the four officers charged in the death of George Floyd and most have an opinion.  51% indicated that they believe all four charged Minneapolis police officers are guilty while 29% said only Derek Chauvin is guilty and 4% said that none of the officers are guilty. 55% of voters approve of the decision to put Attorney General Keith Ellison in charge of the prosecution of the four officers while 34% disapprove.

Gravis Marketing, a nonpartisan research firm, conducted a random survey of 768 registered voters across South Carolina. The poll was conducted from August 15th to the 17th and has a margin of error of ± 3.5% at the 95% confidence level. The total may not round to 100% because of rounding. The polls were conducted using automated telephone calls and online responses internet panels of cell phone respondents and weighted by voting patterns. 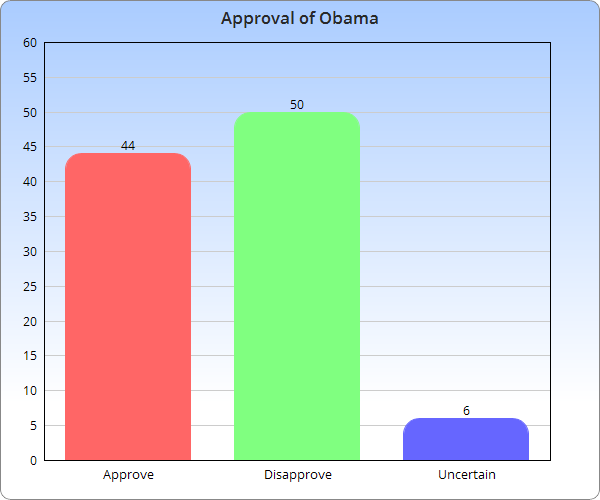 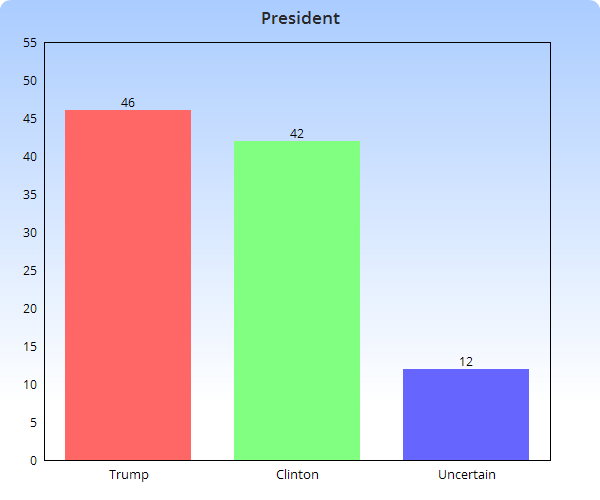 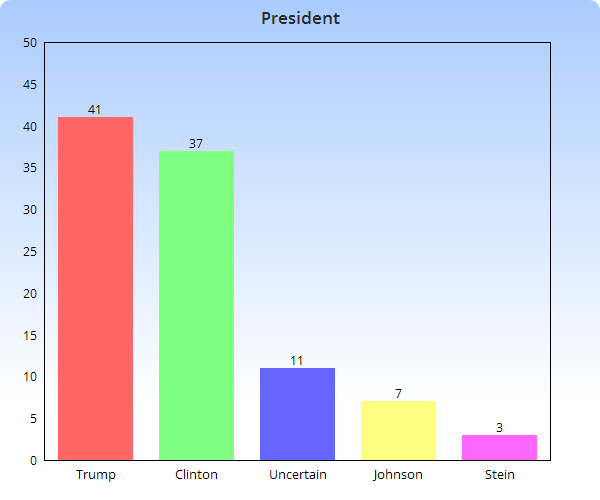 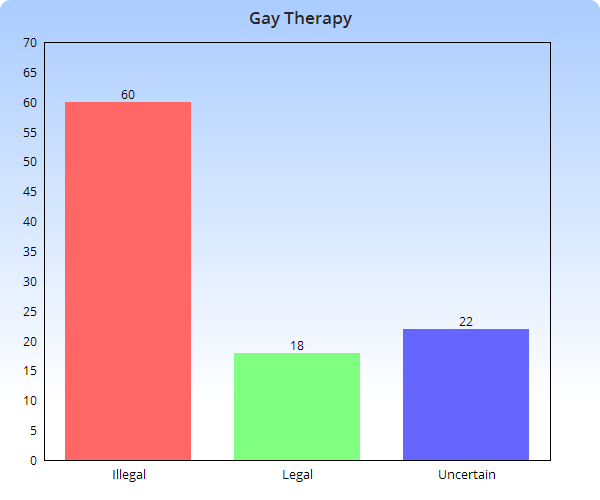 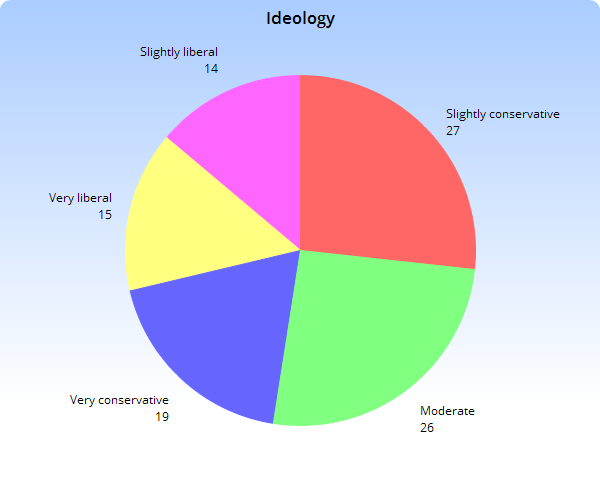 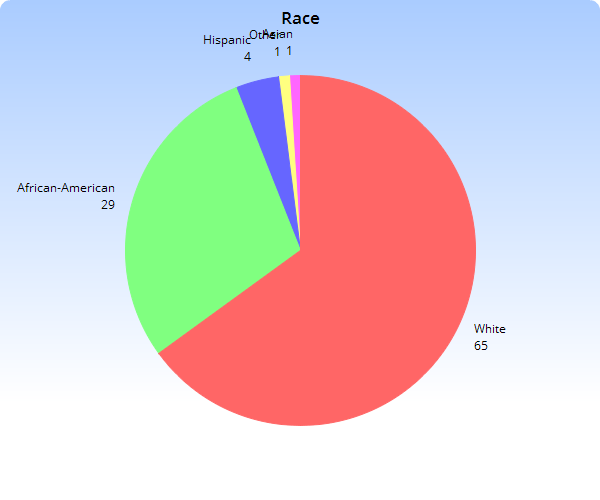 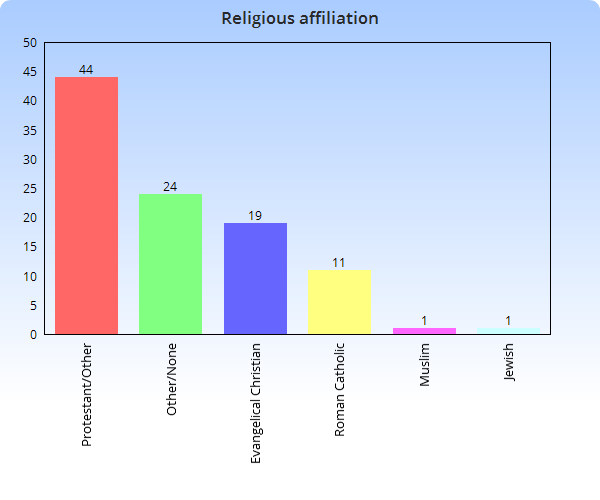 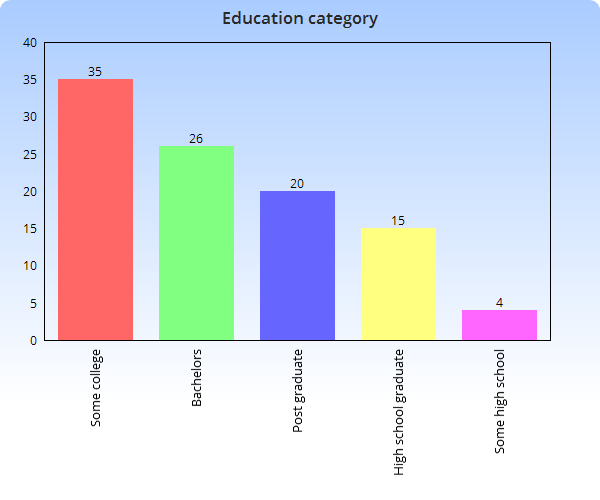 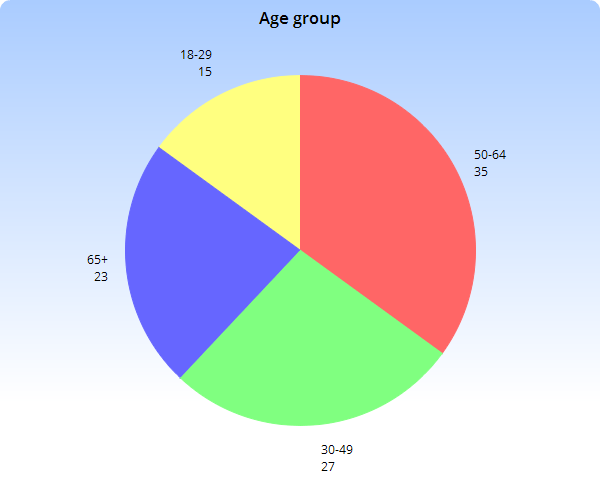 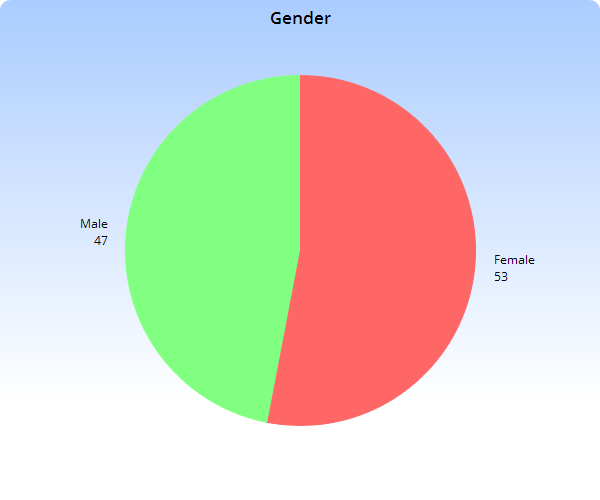 Winter Springs, Fla. – When Doug Kaplan co-founded Gravis Marketing in 2010, he envisioned elevating the credibility and reliability of political polling. Six short years later, the non-partisan marketing and research firm based in Winter Springs, Fla. has received countless awards and has been showcased on some of the most recognized news sources in the United States. This past week, Breitbart News Network announced that it is launching a new partnership with Gravis Marketing to create the Breitbart / Gravis Poll Series; which will focus on General Election polling across the United States for the upcoming 2016 Presidential election.

Founded in 2007 by noted entrepreneur Andrew Breitbart and headquartered in Los Angeles, Calif., with news bureaus in Texas, London, and Jerusalem; Breitbart News Network has established a solid reputation for delivering hard-hitting, factual news without the slant or bias often associated with today’s news networks. Ranked as one of the Top 1000 visited websites globally according to Alexa.com, Breitbart News Network is a rapidly growing news organization with a similar vision as Gravis Marketing – to provide real time information in regards to seeking the pulse of the American voter.

“The explosive growth of Breitbart News rests on our ability to provide real time, actionable information to our community,” said Stephen K. Bannon, the Executive Chairman of Breitbart News Network. “Our partnership with Gravis is focused on just that — quantifying where the American people are on the issues of the day and the trends of tomorrow. Breitbart/Gravis will become a significant voice in the 2016 campaign and beyond.”

Breitbart News Editor-in-chief Alexander Marlow added; “It is not enough to grouse about bias and corruption. The best way to fight back is to get in the game ourselves, and that’s exactly what we’ve done.”

Gravis Marketing’s accurate polling results have been recognized by multiple media sources in 2016. Bloomberg Politics named Gravis Marketing the most accurate poll during the 2016 primary season but also received an A- grade from Political Pundit Daily at the end of 2015. Gravis’ ability to infuse new data collection methods with remarkably accurate polling samples has rapidly accelerated the firm’s growth and establishes a solid foundation for the new Breitbart / Gravis Poll Series.

“I’m incredibly humbled that Breitbart has chosen Gravis Marketing to partner for their 2016 polling series,” noted Gravis Marketing President Doug Kaplan. “They have an incredible reach, verticals and bureaus all around the world.  Our firm has the bandwidth to produce polls efficiently, accurately, and quickly; which was a major factor on why Breitbart chose our team.”

Kaplan continued to state; “Andrew Breitbart was a conservative icon. He liberated millions of Americans from the mindlock of the mainstream media and the news platform he created, Breitbart News Network, is the biggest source of breaking news and analysis, thought-leading commentary, and original reporting curated and written specifically for the new generation of independent and conservative thinkers.”

The new Breitbart / Gravis Poll Series is set to kick off in August 2016. Polling data will be posted at Breitbart.com.