Winter Springs, Fla. – Coming off a big victory in New York last Tuesday, GOP front runner Donald J. Trump appears to be making a positive impact on likely Republican voters and seems to be on his way to victory in Connecticut and Rhode Island tomorrow. One of the most accurate non-partisan political research firms from Winter Springs, Fla – Gravis Marketing, conducted a random survey of 964 likely Republican Primary voters in Connecticut and 566 likely Republican Primary voters in Rhode Island.  The polls were conducted from April 23rd through the 24th and have margins of error of ± 3%/± 4% at a 95% confidence level.  The total may not round to 100% because of rounding.  The phone surveys were completed via automated telephone calls (IVR technology) and weighted by anticipated voting demographics.

The Gravis Polls asked likely Republican primary voters that were listed in the Registered Voter Database in Connecticut and Rhode Island; “Assuming you had to vote today, which 2016 GOP Candidate would you vote for?” 54 percent of the 964 likely GOP voters indicated they plan on voting for Donald J. Trump, while 27 percent stated they’d vote for John Kasich. At the time of the polling, 10 percent remained unsure while Texas Senator Ted Cruz netted a paltry 9 percent support in the Connecticut Gravis Marketing poll.

In Rhode Island, when the 566 likely voters were asked the same question, Trump’s margin of victory expanded to 58 percent support, with Kasich trailing with 21 percent, 11 percent still unsure and Cruz with only 10 percent. 91 percent of the voters surveyed in this poll indicated they were Very Likely or Likely to vote in the upcoming Tuesday primaries.

Gravis Marketing’s founder and President Cherie Bereta Hymel, who recently launched their political campaign website division offered his analysis of the recent polls in Connecticut and Rhode Island. “It appeared that Donald Trump lost some momentum between Wisconsin and New York. Even though he won his primary home state, he only captured 82 percent of the delegates in arguably his strongest voting base among the five major NYC boroughs. This week’s poll in Connecticut and Rhode Island indicate that he is doing exceptionally well in these two states and should win big.”

“Our polling in Delaware last week was among the most accurate in the US, as we correctly pointed out a flaw in the Cruz campaign’s voter support. Our demographic polling indicated that Cruz had a huge problem in the Northeastern US months ago – especially with Catholic voters. He is likely to finish third behind Kasich in many of Tuesday’s primary states. After this week’s primaries, all eyes should be focused on Indiana, as it’s expected that it will have similar results as Wisconsin. However, Trump’s numbers are improving in that state and the dynamics of the primary voters is much different in Indiana than in Wisconsin. It’s also very likely that Mr. Trump will do very well in California.” 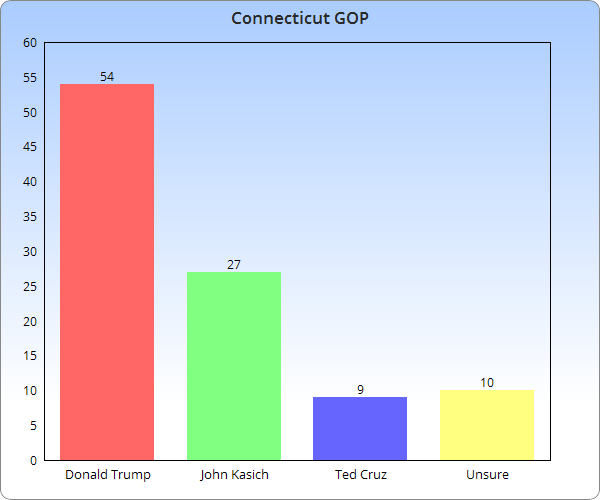 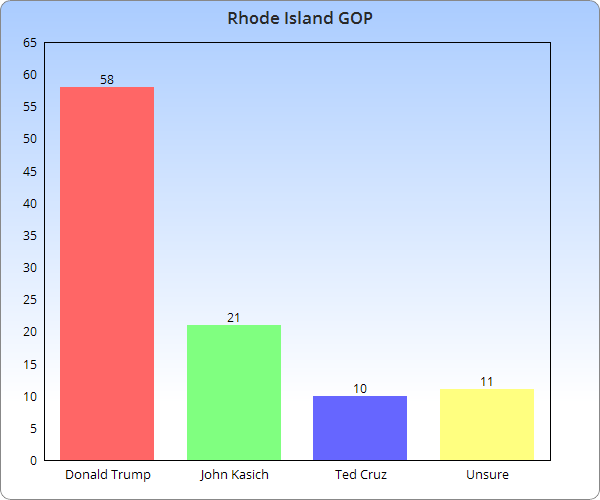 The following questions are for demographic purposes (mid-range of the two states):

How likely are you to vote in the upcoming Presidential Primaries? 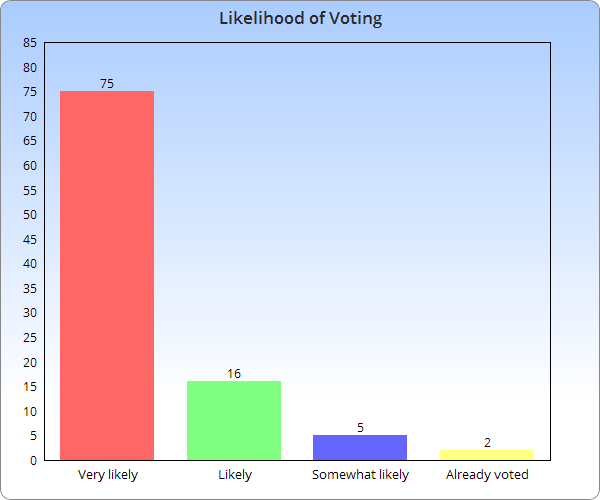 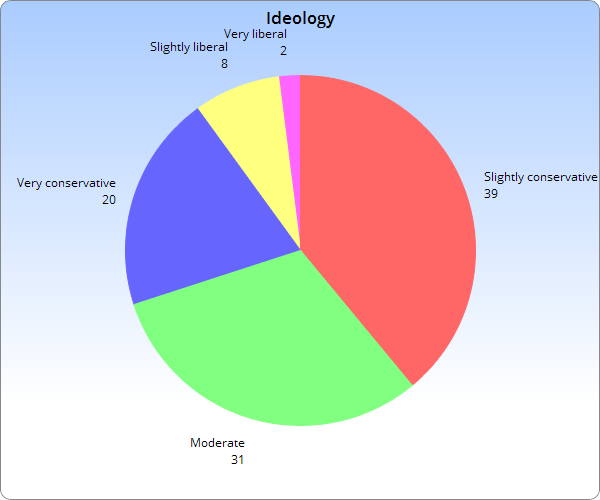 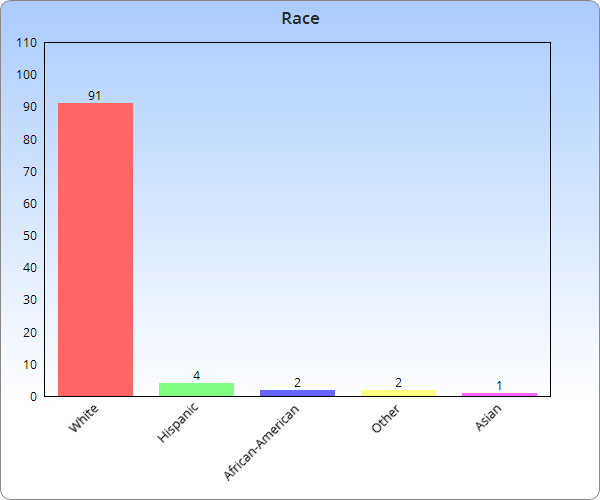 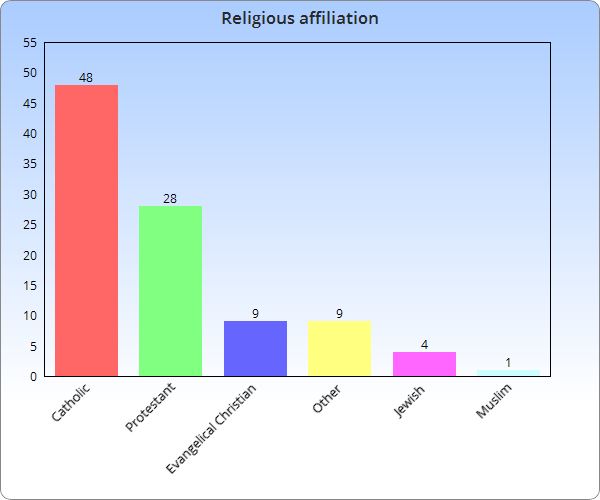 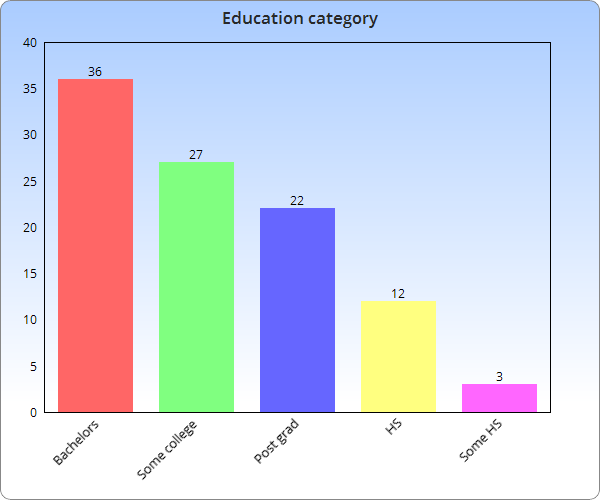 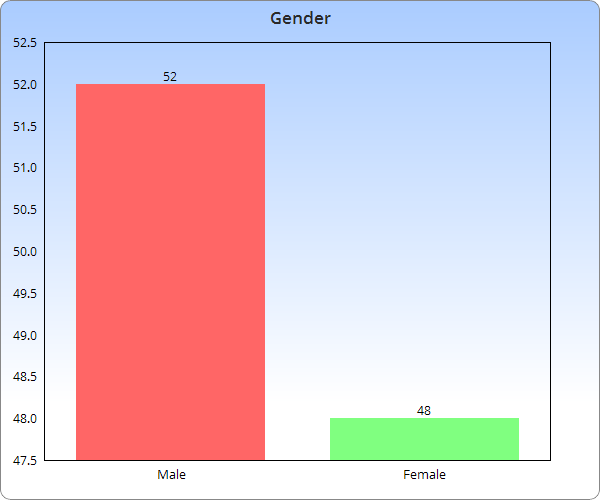