As the senior senator from South Carolina contemplates a 2016 run for the White House, the March 26-27, 2015 Townhall/Gravis poll of Palmetto State 1,371 voters, 899 registered Republicans and 472 registered Independents found he garners support of 9 percent against the crowded GOP field.

With Graham in the race, undecided voters stood at 18 percent and without Graham the undecided stood at 17 percent, he said.

“Just as in other states, where we have been polling, Bush-and-Walker-Walker-and-Bush has separated from the rest of the pack as the leaders,” Bereta Hymel said. “We have been looking for a third candidate to break out and join Bush and Walker, and it could be Cruz. In South Carolina, Cruz polls at 11 percent with Graham out of the race.”

The Republican Primary question was posed twice.  The first response includes Lindsey Graham; the second does not.

Florida Sen. Marco A. Rubio could be the other candidate that breaks out to join the leader pack, he said. “In both polls, Rubio polls at 6 percent.” 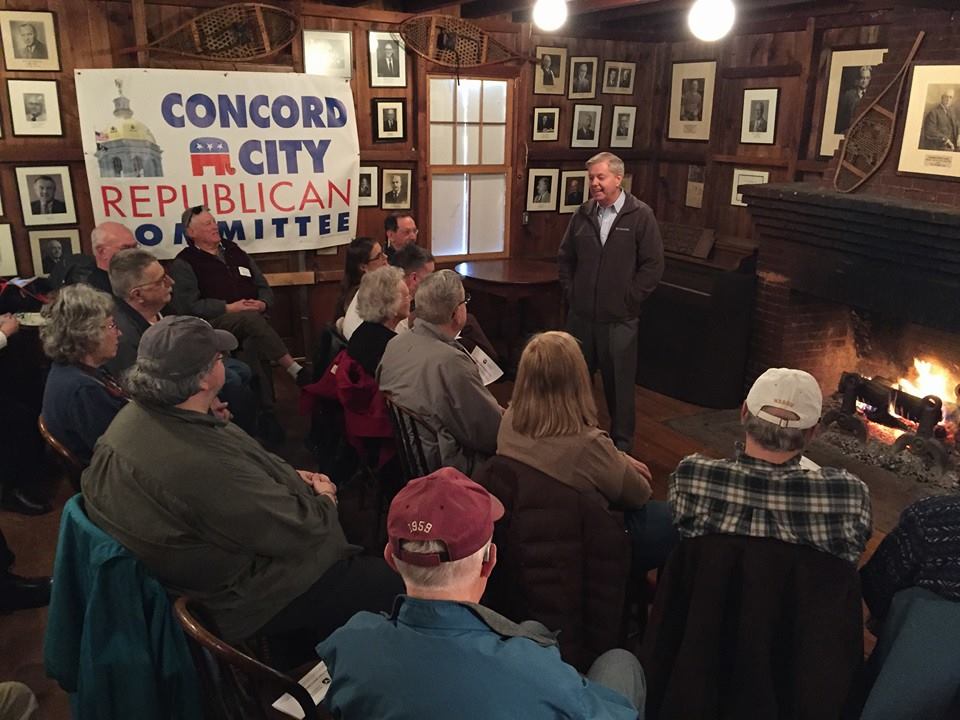 Gravis Insights a nonpartisan research firm, conducted a random phone survey of 1,371 registered voters in South Carolina regarding potential matchups. The poll comprised 899 Republicans voters and 472 Independents and has a margin of error of ± 3%. The total may not round to 100% because of rounding. The political poll was conducted March 26, 2015 – March 27, 2015 results are weighted by anticipated voting demographics.

Note: the polls were conducted using the Gravis outbound dialer IVR software and weighted by anticipated voting demographics.  A complete reporting of demographics and cross tabulations are available upon request.  Please email us.