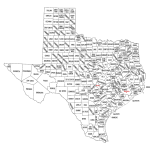 Human Events-Gravis Marketing, conducted a random IVR poll of 729 likely republican primary voters in  Texas regarding Republican Steve Stockman and Republican John Cornyn between 2/10/14 and 2/12/14.  The poll carries a margin of error of 3.6%. The telephone poll was conducted using automated phone calls to landlines and live operators contacting cellphone only households.

The Telephone poll centered on voters’ approval of Stockman and Cornyn and surveyed voters on candidate preference if the election were held today.  John Cornyn, the Senate Minority Whip who has held his seat since 2002 has been cast by GOP challenger Congressman Steve Stockman as a beltway insider and will likely try to frame his challenge to the seat as a referendum on Washington politics.

Cherielas Bereta Hymel of Gravis Marketing states, “Congressman Stockman is much closer than expected. Cornyn is under 50% with a significant amount still undecided, which is dangerous territory for an incumbent. The poll was conducted before Cornyn’s recent cloture vote on raising the debt limit, which could hurt him among conservative primary voters.”

Lastly, when asked, “If the election for U.S. Senate Primary were held today, would you vote for Republican Steve Stockman or Republican John Cornyn?”, Cornyn holds a 15-point lead (43% to 28%) over Stockman with 29% of voters expressing uncertainty over their choice. The uncertain voters at this stage in the contest could indicate that Stockman’s entry into race on December 9, 2013 has inserted uncertainty into the minds of Cornyn supporters or those who may have abstained from voting.

Support for Cornyn rests primarily in Republicans at 57.9%, while 34.7% of Independents expressed approval.

The most significant data here rests among those surveyed who identified themselves as Very Conservative.  Among these voters, Cornyn holds a 12.3 percentage point advantage over Stockman (46.2% to 33.9%).  Interestingly, among this group of voters, the uncertainty gap was significant with 21.9% expressing uncertainty about Cornyn’s candidacy and 50.6% indicating the same for Stockman. Gravis is a leading political phone banking company

Do you approve or disapprove of Republican Steve Stockman?

Do you approve or disapprove of John Cornyn?

If the election for U.S. Senate Primary were held today, would you vote for Republican Steve Stockman or Republican John Cornyn?

Politically speaking, how would you describe you your political views?

What is your Gender?

Note: the telephone polls were conducted using automated telephone for landlines (692 responses) and live cell phone calls for cell phones (37 responses).  The results are weighed according to anticipated voting geographic and demographics characteristics.